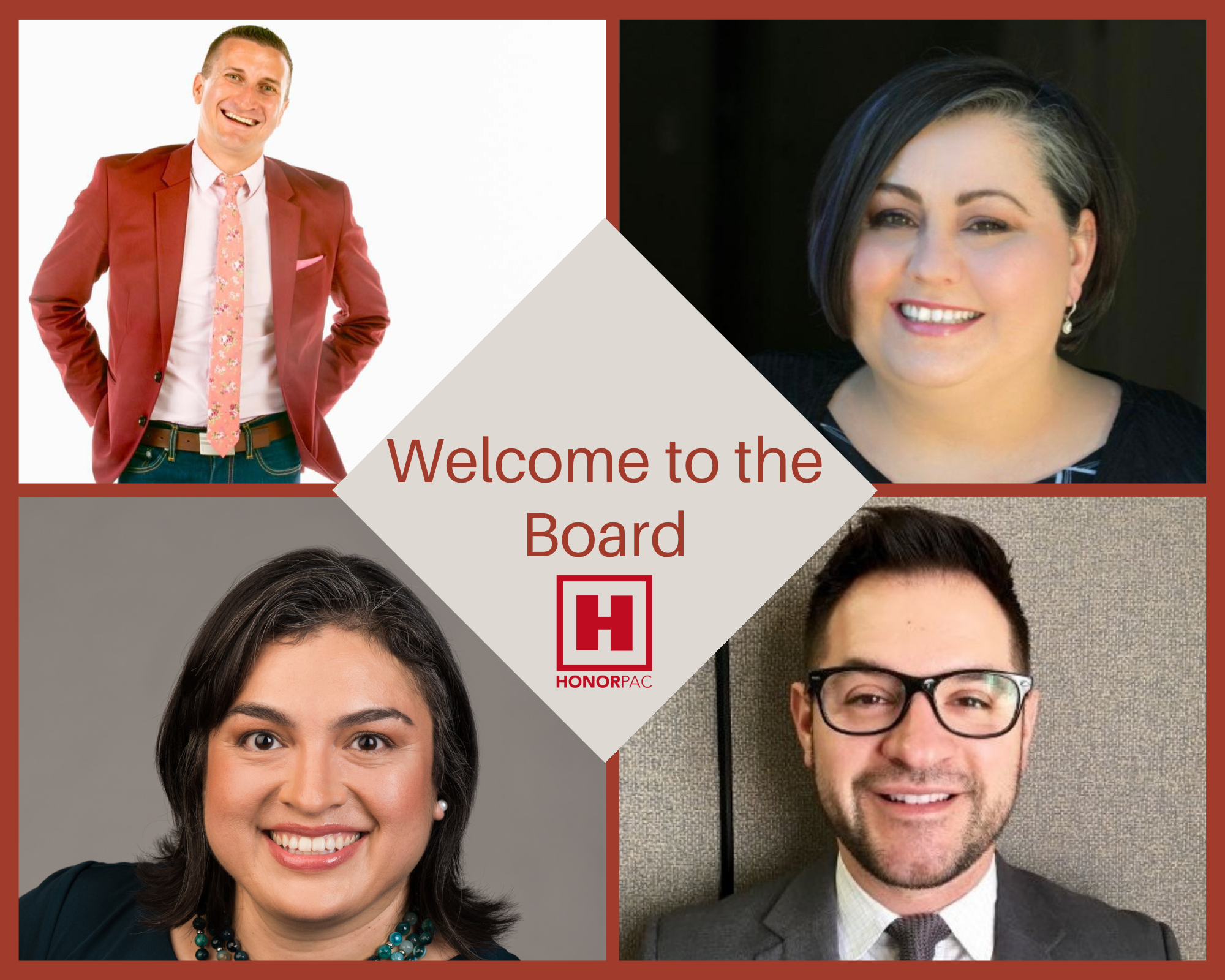 HONOR PAC is proud to announce the addition of two new great San Diego County leaders, Fernando Z. López, Jr. and Ginger Hitzke to its Board of Directors.
HONOR PAC also celebrates the return of Founding Board Director Jeannette Soriano and Past Board Member Marcelo Olmos.
“Each one of these individuals are recognized leaders in their own right and personify the best ideals of HONOR PAC’s values. They each have a demonstrated commitment to advance the issues that matter to HONOR PAC’s mission”, states Mario Ceballos, HONOR PAC’s President. “Our organization is made only stronger by their involvement and selfless participation   to advance our Latinx LGBTQ community abs continue with the hard work ahead to reach full equality for all.
Below are brief biographies of our newest board members and their accomplishments. 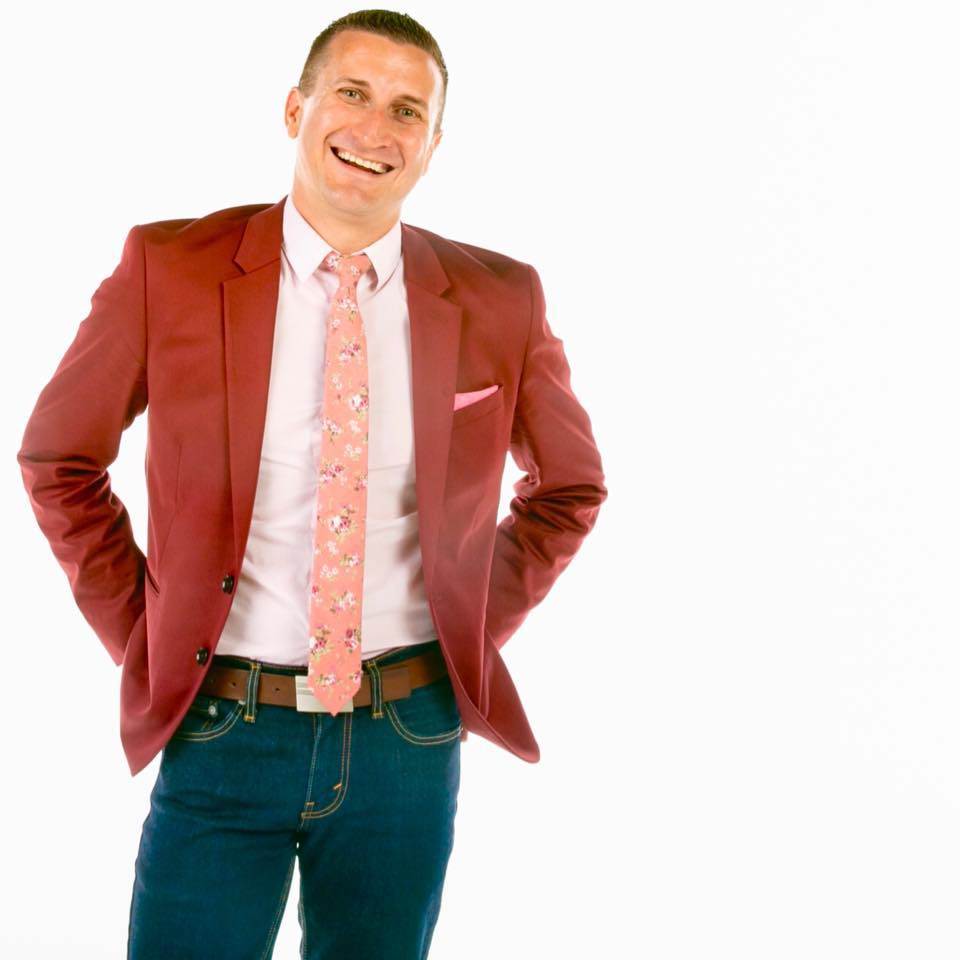 Fernando Z. López, Jr., the Executive Director for San Diego LGBT Pride, moved to San Diego in 1999 as a homeless youth and has since become a prominent LGBT community leader through their work with organizations such as Equality California and Marriage Equality USA, advocating for the rights of LGBT individuals, couples, and families.

In their time with San Diego Pride, Fernando oversaw the creation and growth of Pride Youth Leadership Academy, Youth Internship Program, Pride Youth Lunch Bunch, and Pride Youth Marching Band that foster leadership skill development in LGBTQ+ young people. Through their board service with Lambda Archives of San Diego and We are FAIR Lopez has helped to organize educators in developing LGBT curriculum.

Lopez has expanded LGBT voter outreach, increased San Diego Pride’s international relations work by meeting with over 400 delegates from 127 countries around the world, helped to build a coalition of LGBT athletic organizations to combat homophobia in sport, and worked with US law enforcement and armed services to increase LGBT sensitivity and compassion. Lopez’s years of LGBT advocacy, nonprofit management, public education, diversity consulting, media relations, guest lectures, and organizing have made them a consistent presence ensuring the struggles of the LGBT community are ever visible. 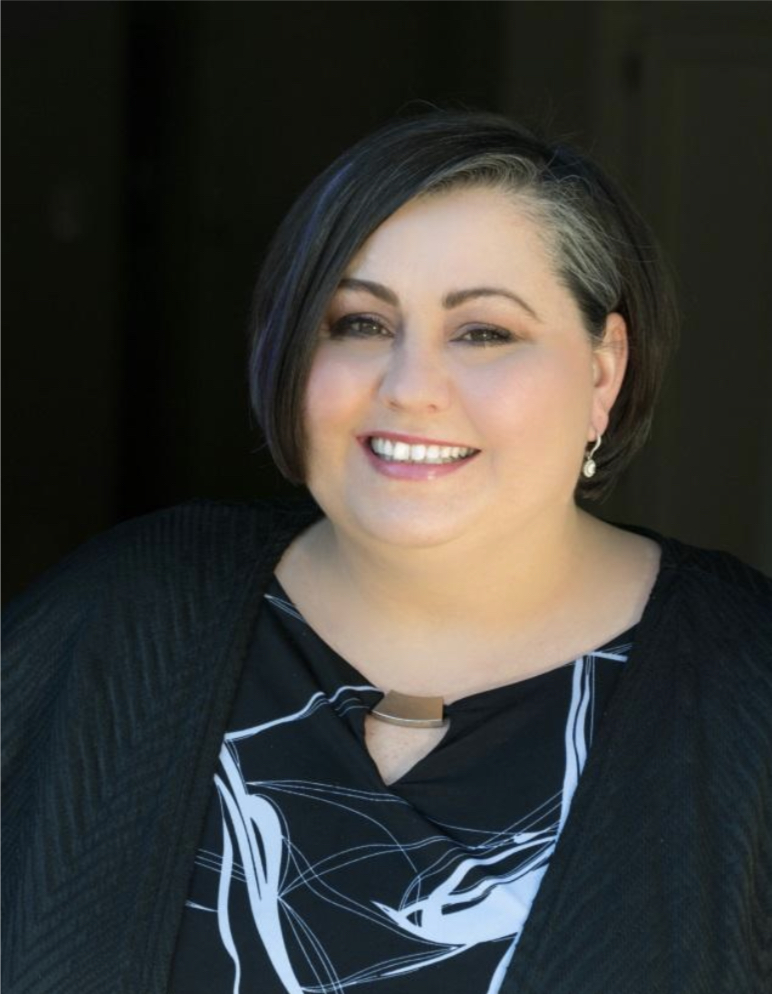 Ginger Hitzke, the President of Hitzke Development Corporation, is a first-generation real estate developer and has 23 years of experience in the field of affordable housing development. Ms. Hitzke has participated in the development of over 1,500 apartments and affordable homes totaling more than $430,000,000 in real estate activity throughout California. Ms. Hitzke began her career at Affirmed Housing Group in San Diego first as an Administrative Assistant then as a Project Coordinator, Project Manager, Senior Project Manager and Vice President of Development.

After serving as Vice President of Development for Affirmed Housing Group, she formed Hitzke Development. She specializes in the development of affordable rental housing (including permanent supportive housing) on infill, transit-oriented sites. Ginger is an active member of the communities that she serves.
As a youth, Ms. Hitzke grew up in a lower-income single parent household. Growing up, housing affordability, among other domestic issues, was a problem. Her family moved often and she attended many different schools. She was labeled as a disruptive troublemaker quite early on and struggled with school throughout her entire childhood. Fortunately, she was able to attend a continuation high school in Vista, California and was finally able to thrive in school although housing stability remained an issue for her until she was an adult. Because of her personal experience, matters relating to housing and economic security for all are of great importance to her. She currently lives in Temecula, California with her husband, 20 year retired enlisted Navy veteran, Eric, their 24 and 14 year old sons and their 7 cats and dogs. 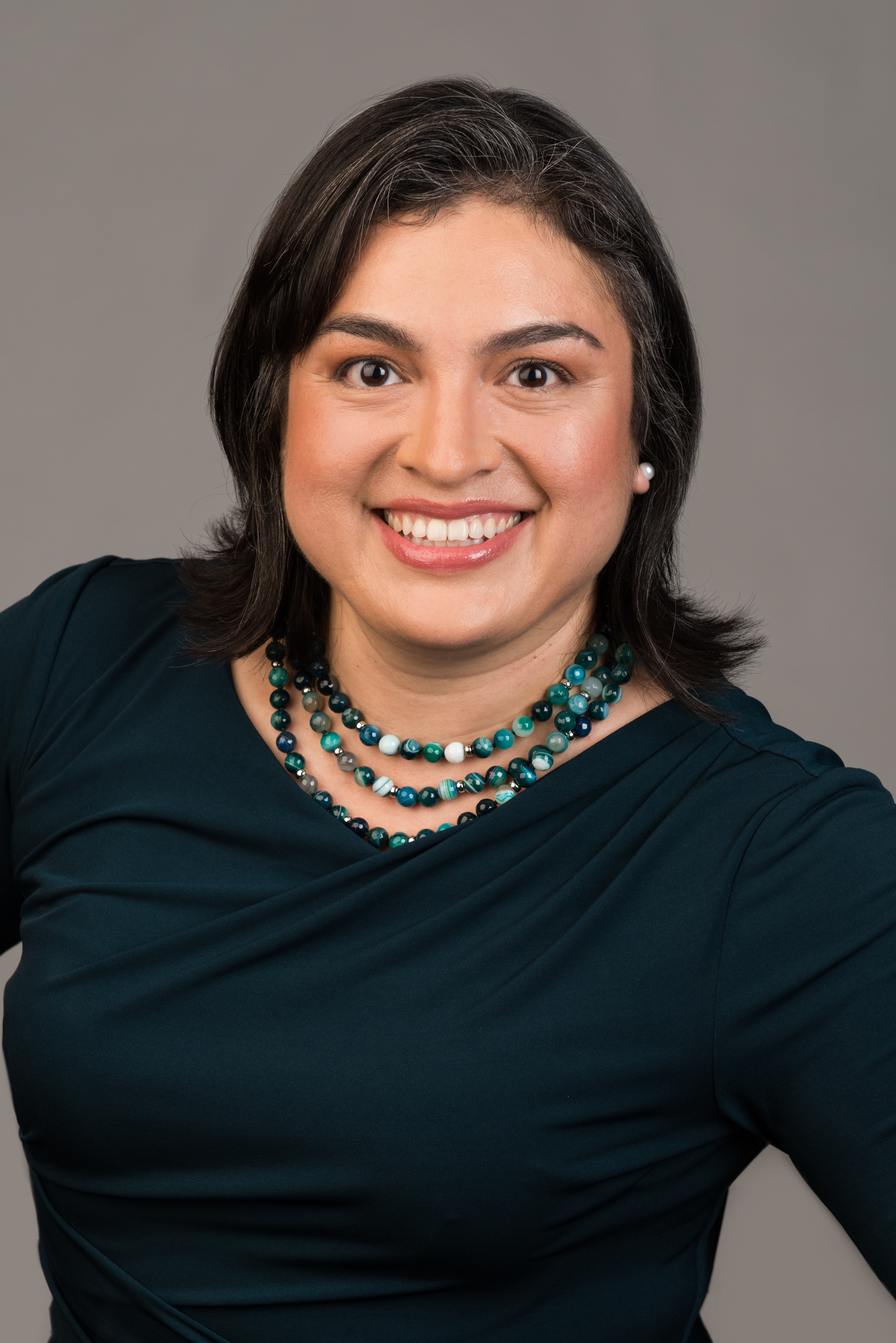 Jeannette Soriano has over 15 years of experience successfully building relationships, developing policies and programs, and managing communications and outreach for government officials, non-profit organizations, and private companies. She currently serves as Government Relations Manager for Southern California Edison, where she partners with local governments and community organizations to achieve a clean energy future.
Previously, she led business development, communications, community engagement, fundraising, and marketing strategies as Director of Strategic Partnerships for Families In Schools, and managed voter education and legislative advocacy programs engaging hundreds of supporters and affecting thousands of women and youth as Director of Public Affairs for Planned Parenthood Mar Monte. She has also worked in the Los Angeles Unified School District Superintendent’s Office, the City of Los Angeles Mayor’s Office, and began her career as a field representative for a California State Assembly Member.
A social entrepreneur by nature, Jeannette has used her creative force to co-found several organizations, including HaLANN (a network of Harvard Latinx alumni), Honor PAC (advocating for the political empowerment of Latinx LGBTQ+ communities), and LISTAS (encouraging girls to prepare for careers in STEM and management). She has earned Bachelor of Arts and Master in Public Policy degrees from Harvard University, and is the proud parent of two wonderful human beings. 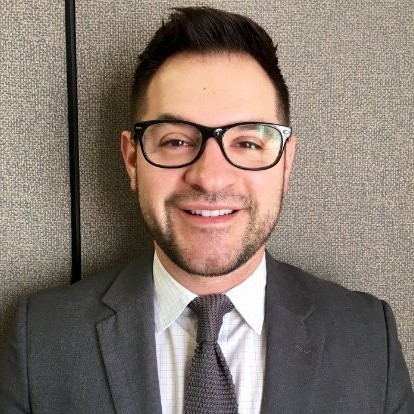 Marcelo Olmos is currently the Chief Operating Officer at Academia Avance Charter School located in North East Los Angeles dedicated to serving students achieve their career and university dreams. Since 2005, Marcelo has dedicated his work in the nonprofit sector and received his Master's in Public Administration, emphasized in nonprofit management in 2015.
Working in this sector has provided Marcelo with a north star in serving and advocating for under-resourced, marginalized communities, people of color, and economically disadvantaged by forging action that empowers and opens opportunities to become leaders in the workforce while promoting diversity, equity, and inclusion.
In Marcelo's pastime he enjoys visiting his family, friends, cooking savory recipes, exploring Los Angeles, traveling around the world, and spending time with his partner and two dogs.
Do you like this post?
Tweet